As the hot August Sun rays pierced through thicket bushes of the Akagera national Park striking the red blooded waterbuck carcass placed outside the boma, the kings of the jungle were warming up to enjoy their freedom of the new home.

The seven lions that were introduced to Akagera national park from South Africa recently but kept under a quarantined Boma were finally realized to enjoy their freedom in the bushes of the country national park.

The lions that have made the longest wild lion translocation in conservation history that took over 45 hours are the first to roam in the Akagera national park almost after fifteen years; the kings of the jungle faced their extinction from the park.

The first female poked her nose out of the gates within a few minutes, closely followed by three other females who looked around curiously, unconvinced about their new found freedom, before feasting on the carcass,” said Sarah Hall, Tourism and Marketing Manager, Akagera National Park.

But two males which seemed more cautious as Sarah explains did not come out while the park and press vehicles were still around.

According to park officials, the seven lions are a ten-year-old mother and her one-year-old daughter, a single five-year-old female and two three-year-old sisters while the males are three and four years old and are unrelated.

“The lions have been fed every two-to-three days, mainly on impala carcasses, and will now hunt for their own food,” Sarah explained.

Accordingly, the seven lions are fitted with satellite collars to allow their easy tracking of their movement, their bondage and see whether they are adjusting to the new environment.

The lions as Amb. Yamina Karitanyi, the chief tourism officer at Rwanda Development Board-RDB, explains will contribute towards conservation of the Park while also increasing d tourism attractions of the country.

“Tourists now have the opportunity to see the lions in the wilderness of Akagera, as previously viewing were restricted to park personnel who had been monitoring the lions in the boma,” she said.

The park authorities and the Rwanda Development board are planning a naming ceremony of the lions which will make the lions the second animals to be named in a colorful ceremony after the Guerillas whose young ones are named every year. 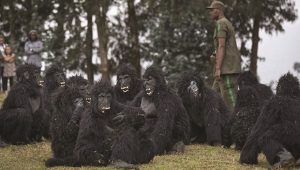 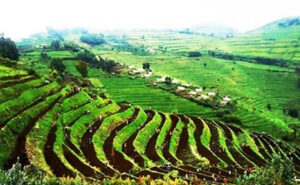