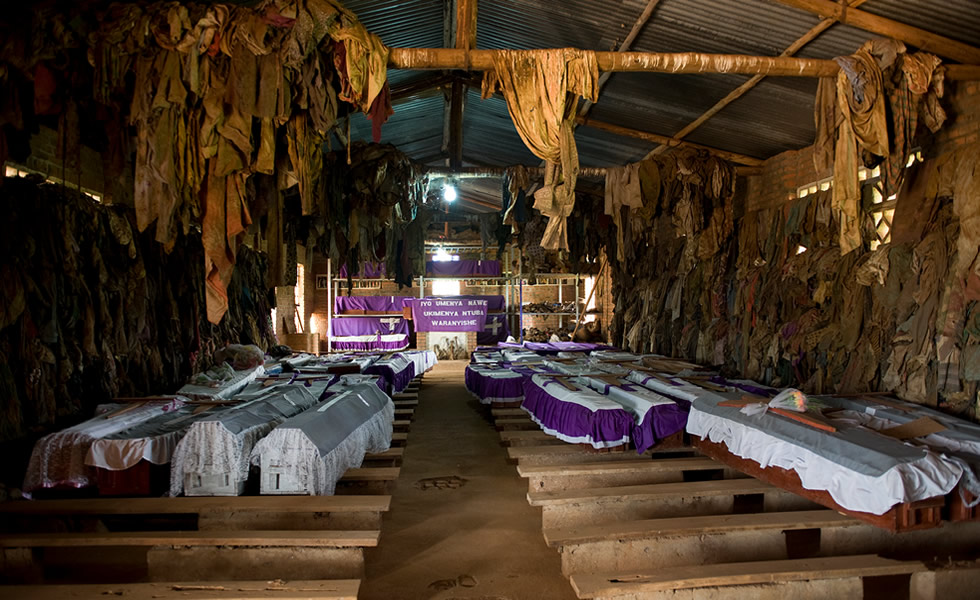 The Trip Advisor recently identified “the Top 25 Land Marks of Africa”, in which it named The Kigali Genocide Memorial Site and The Ntarama Church Genocide Memorial Site, all in the Busegera district of Rwanda. These memorial sites do explain the happenings of The 1994 Rwanda Genocide between the Tutsi and Hutu that claimed thousands of lives of women, men and children of Rwanda. This Genocide is recorded as one of the worst massacres in the African history.

These two of the 25 identified landmarks of Africa, are some of the places most frequented by travellers as acknowledged by The Trip Advisor.These sites clearly bring out Rwanda’s progress economically, socially and politically for the past 21 years since the occurrence of the 1994 Genocide for they display her previous political unrest and the current condition.Apart from these two Genocide Memorial Sites, Rwanda, a country covered in beautiful hills provides its travellers with various attractions and activities which include among others; waterfall tours, chimpanzee and golden monkeys treks, volcano hikes, the country’s famed gorilla treks, cave tours, birding, game safaris, art exhibits, and community and cultural nature walks & experiences.

“It is such an honor to have two of our historic / memorial sites included on the list of Trip Advisor’s landmarks,” says Ambassador YaminaKaritanyi, The Chief Tourism Officer at the Rwanda Development Board. And for this, We encourage our visitors to experience all of Rwanda’s Scenic Beauty, be it art, history, dining as well as her rich nature and wildlife viewing.”The Kigali Genocide Memorial Site takes up the tenth position (10) on The Trip Advisor’s list. It is known as an education center and was opened in April 2004 on the 10th anniversary of the Genocide against the Tutsi.

A $15 audio guide tour takes visitors through the museum where they hear survivor accounts of the events of the Genocide. Entrance without an audio guide is free. In addition to the history of the Genocide, the exhibit educates patrons on the global history of mass atrocity. Visitors are encouraged to make a donation in exchange for a rose, which can be left in honor of the victims of the Genocide. Honore Gatera, Manager remarked that “The Kigali Genocide Memorial Site is an important place of remembrance and learning. As the final resting place for more than 259,000 victims of the Genocide against the Tutsi, the site provides a place for families and friends to remember their loved ones. We welcome visitors from around the world to learn about the Genocide so that it never happens again, in Rwanda or elsewhere.”

The Ntarama Church Genocide Memorial Site occupies the twelfth position on Trip Advisor’s list. It is a former church sometimes referred to as “The Ntarama Church Massacre”. At this place, about 5000 people died with majority being women. You find the remains lined up along the walls of the former church with several remains piled up in the shelves and bringing out what happened exactly. All these were a result of an ethnic conflict between the Tutsi and Hutu. The victims at this church too had reached the church for safety but instead were slaughtered by the angry Hutu mob.A tour guide is usually present to take visitors through the church and Sunday school building while explaining more about this horrific experience of the 1994 Rwanda Genocide.

There is no fee to visit the museum or take part in the tour, but a donation is encouraged.Dr. Jean Pierre Dusingizemungu, President of Ibuka (The umbrella association for Genocide survivor organizations in Rwanda), quoted that “Twenty-one years after the 1994 Rwanda Genocide against the Tutsi, survivors continue to rebuild their lives in a country at peace. Memorials across Rwanda help us to preserve the memory of those killed and ensure the world never forgets what happened here,”

The Trip Advisor only identifies two of the various tourist attractions and activities offered by Rwanda. Anyone taking a safari in Rwanda can be able to enjoy her natural beautiful scenic view, historical / memorial sites, volcanoe hiking and cycling, wildlife and primates safaris, mountain gorilla / golden monkeys/ colobus monkeys treks, waterfall tours, forest visits and camps, birding and so many other exciting tour activities and services. All these make the country, Rwanda a top destination for world travelers.