Rwanda’s tourism industry has continued to be diversified with the latest being the introduction of a cultural festival this Boxing day.

The Nyanza District, home to some of the country’s most impressive historical cultural sites from the former kingdom, has partnered with the National Institute for Museums and others to launch a culture festival held for the first time this year on Boxing Day, December 26.

Information received from Kigali confirms that the Rwesero Art Museum has been selected as the venue for the inaugural event which according to the source will become part of Rwanda’s annual calendar of festivals.

Traditional song, poetry, arts, and crafts, alongside traditional food preparations, will form the core of the various activities for the day, aimed to bring closer the country’s rich history to the present day generation.

The festival targets not only Rwandans but also visitors from Eastern Africa and foreign tourists who are in the country and have the opportunity to stop by and enjoy some of the performances. 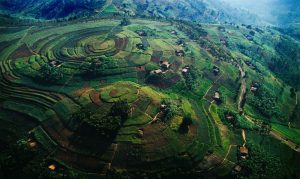