Rwanda and Kenya travel and tour operators have agreed to partner to strengthen tourism in their respective countries.

The agreement was reached following a meeting between the Rwanda Travel and Tour Association (RTTA) and their counterparts from Kenya.

Waturi Matu, the East Africa Tourism Platform coordinator, said it was important for tourism industry stakeholders in Rwanda and Kenya to work together, and also identify tourism products that could be jointly promoted.

“This will help us develop business-to-business deals that can help increase tourists numbers in both countries,” Matu pointed out.

“It’s a great honor to work with Kenyan tourism stakeholders. We are ready to share our experience and we hope we’ll learn a lot from them as we try to find ways to develop tourism in East Africa,” says Manzi Kayihura, the president of the Rwanda Tours and Travel Association.

Matu explained that Kenyan tour operators were in Rwanda to find ways on how to remove barriers that were hindering the tourism growth in East Africa. Matu added that the move was in line with the treaty that was signed by East African Community Heads of State to promote the region as a single tourism destination.

“We’ve been performing well as a region at international tourism fairs, but very little has been done to promote East Africa as a single tourism destination.”Matu said they would also start promoting tourism among East Africans to maximize benefits and revenue from the sector. 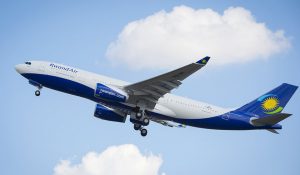