Mountain Gorilla tracking in Rwanda is one of the safari activities that is loved by many tourists who visit this country. There are several gorilla families that have been habituated for gorilla visits. Gorilla tracking has been one of the iconic activities since the Rwanda Devrelopment Board (RDB) introduced a ceremony of naming newly born gorillas called Kwita Iziina and it is carried out mainly in Volcanoes National Park which is located in the north west of the country bordering Rwanda, Congo and Uganda. This activity has been mostly enjoyed and done by foreign tourists because of its prices that are cheap compared to the dollar rates. When you try to compare gorilla trekking in Rwanda and in the other countries like Uganda were it is done in bwindi impenetrable national park and DRC, you may wonder why Rwanda receives more than ever before.

Although countries like Uganda and Democratic Republic of Congo (DRC) do this activity as also as their main safari activity that brings in more income compared to other activities, Rwanda leads all of them in terms of number of tourists yarning for this activity. More so when you look at the permits that are given at 750 dollars that are higher than the rest of the countries (Uganda and DRC) because they do offer reliable good accommodation compared to other countries when it comes to offering good services to tourists.

To enjoy this activity in particular, there are number factors that are needed or considered when doing this activity one of them is climate and weather of the given national park. Mountain Gorilla tracking is mostly done in dry conditions which are favorable to both the tourists and the primates themselves.

To perform this activity in a wide scale, the dry periods of June to September, then from December, January and February are the best periods receiving good temperatures that favor gorilla tracking in volcanoes national park. it is for this reason that during this period, roads leading to the park in most cases are not muddy  which eases movements of cars driving tourists to the national park and also, with in the park most especially when there is a safari that is going on. Furthermore, in this period, prices for gorilla tracking tend to be high than other periods because tourists tend to be many because of the favorable climate that does not stop them from trekking. When you look at these primates in this period, their movements is limited in other words, they tend hide since in that time, there is limited food that is already for eating meaning taking gorilla tracking as an activity may take long to finish as the activity may even start from morning until in the evening hours trekking for a specific Gorilla family unlike in other periods which are wet.

When you look at another side of the coin, the wet periods of March, April and May tend to be wet making the movements of the tourists more difficult or limited causing a scare to the tourism industry in terms of revenue to the government. During this season, at the top most of highlands in volcanoes national park, temperatures tend to be cooler. And that is why gorilla tracking in this period takes a short period of time from 1 to 2 hours because these primates do not normally move alot when food is not in plenty. It is for this reason that tourists end up doing a double trek than what they asked to do. 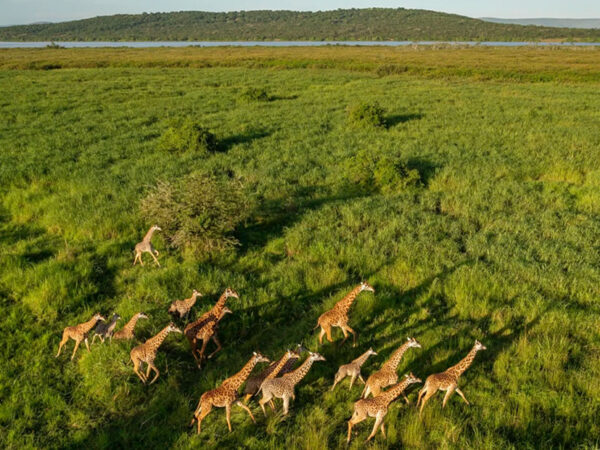 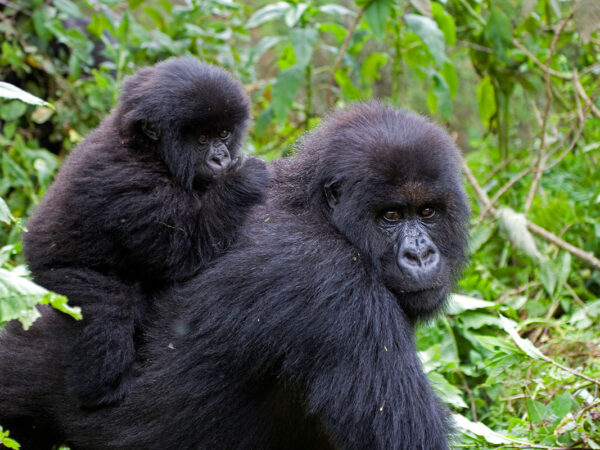